How I met David?

Why I wanted to make this documentary?

And in case you are a filmmaker and developing something similar…

How David and I made the film?

I met David through a desire to learn French. About five years ago, we moved to a new area and with my teenage daughter growing up I found myself with a bit more time. And I wanted to mend an emotional scar that I have carried since I was sixteen, which is that I failed my French O’level!

For some inexplicable reason it’s something that really annoyed me.

And I promised myself that in the future, I wanted to learn French to a good standard. One day I came across a posting for a French Conversation group via a community neighbourhood website.

The group had been mothballed because of a lack of activity and seemingly had just one member left. So, I made contact and we arranged to meet up. And that last member was David Rennie – the creator of the Water Game. In the months that followed, David, who speaks French to a high standard, helped me tremendously and my confidence grew. We would meet up at a local café on a Saturday afternoon and we created our own French language learning curriculum. Once in a blue moon we might have an enquiry from a prospective member but most of the time it was just David and myself. And we became good friends.

Then one Saturday David said, "I’m sorry but I can’t do next weekend. I’m involved in a fete, running something I created called the Water Game."

I was intrigued and asked some questions. It seemed to involve pipes, water, corners, stands, chance mechanisms and something called a water lift – and kids apparently loved it!

Note – It’s always very difficult to explain what the Water Game is? That is why I needed to make a 29 minute film about it!

David added that apparently it took ages to erect and take down. I asked him if anyone helped him with what looked like a monumental task? “Oh, sometimes the Mums and Dads help but it’s usually just me.” So, I volunteered. “Tell you what David, we can practice our French as we erect it”. 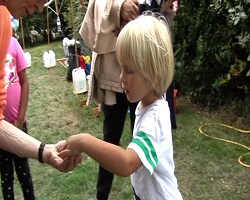 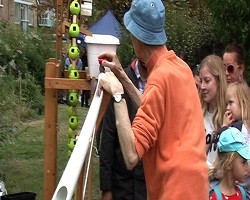 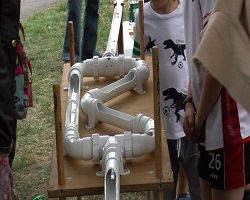 And that was my first experience of the Water Game and I was bowled over by it! The ingenuity, the clever use of materials and how something that looked so simple could produce such natural joy.

I also saw something amazing. A child, who had become so captivated by the action of the Water Game, that they insisted on staying put and ignored their parent’s requests to move on. The child then spent the next two hours watching the Water Game, never missing a race!

Meanwhile David was in his element. Like an eccentric combination of Willy Wonka and “Doc” the inventor from the Back to the Future films, he would charm all the kids, making everyone feel special. Some older kids had grown up with the Water Game, watching it at the same festival year on year but still coming back for more.

And after having seen the magic that the Water Game could induce, I knew that I had to tell this story. 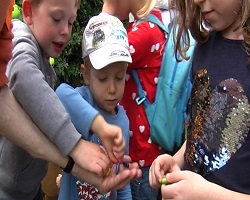 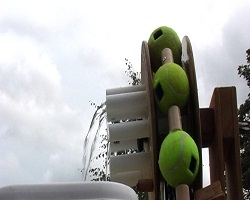 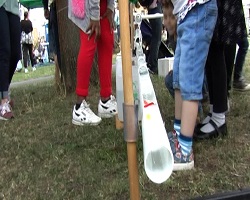 I made a plan. The film was going to be a non-profit venture, not for TV and to be uploaded on to Youtube (and other websites). A real community project but with wider aspirations. Let’s face it, it’s a story that can be appreciated by anybody anyhere - why stop at North London?

I wanted to film at the three festivals where David would be running his Water Game and record an interview with him at home which would form the skeleton of the story. Oh, I should explain that I am a TV professional, having worked as an editor for over thirty years. Here is my website.

A week before filming the interview, I did a “recce” (a familiarisation visit) of David’s house. We talked through the genesis of the Water Game, developments, improvements, chronology…that sort of thing. Meanwhile ideas where beginning to form about how to shoot things. 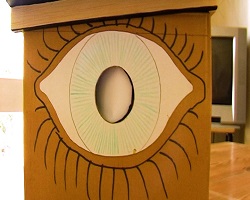 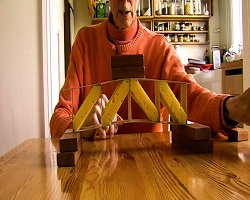 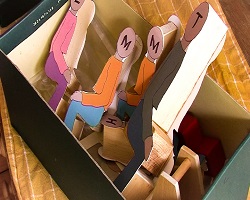 During one of our conversation David showed me some of the science models that he had created while working as a voluntary teaching assistant at a local school. They were fantastic and with David being a former engineer, I began thinking about incorporating some popular science demonstrations into the film. The trick was to get the balance right and make it feel part of the natural narrative.

Something else that I also wanted to add was what I called Davidisms, scenes of David doing things in his own eccentric way. The porridge making is one example. Ping pong squash another. They raise a smile and give the audience a break from constant learning.

By the way, with David what you see is what you get. He behaves and operates in such a unique way 24/7/365. When the film was finished and I showed it to some of his friends I was very proud when one of them said to me, “You got him just right”. 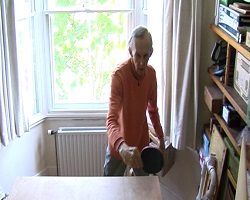 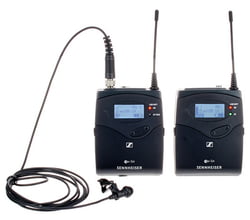 Also post finishing the film one of David’s cousins William got in contact and told me some fascinating stories about how as youngsters they looked forward to visits from him because he was such a breath of fresh air. He would come up with science projects for all the children to do, like examining different types of spiders, collecting old glass bottles to discover the different notes heard by blowing across their tops (as in a flute), and carving propellers from bits of kindling which they ran around the garden with. His daughter Lucy told me that because David grew up during World War II, he sadly didn’t have much of a childhood.

Just before filming the main interview I got hold of two items that I thought really helped make the film. The first was a radio microphone, which I hired on “mates rates” terms. As any filmmaker knows you cannot underestimate how important good sound is. It something we take for granted but when it’s not there it’s painful. Good sound gives you instant intimacy with your subject matter and on documentaries the easiest way to do that is by using radio mics. For safety, I did shoot with an onboard boom microphone as well. 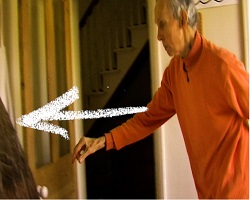 Oops – the reflector is in the shot!

The other essential tool was a reflector. It had had been ages since I last got behind a camera and I am very aware about how little I know about lighting. When I have tried to do it in the past the results always looked clumsy and unnatural. So, I bought a reflector to help and luckily the filmmaking Gods where on my side and I got a lovely sunny day to work with. Phew! 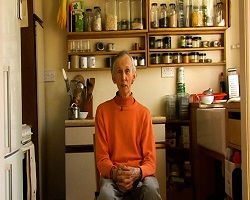 The Water Game film was going to be a self-funded project so I need to keep an eye on costs as expenditure would be depriving the family budget of things like washing powder and cat food. Fortunately, I had some kit of my own - principally a ropey tripod, and a decent MiniDV camera from the noughties. I had last used it to shoot home videos cataloguing my baby daughter growing up, in a series of films that I called Ellavision.

MiniDV is a very underrated format – especially if you are strapped for cash. Ok, it’s only standard definition and we have all got HD televisions these days but for something that was going to end up on Youtube I would argue that the quality is good enough.

I spent an enjoyable Saturday filming the master interview plus scenes like porridge making, ping pong squash and all the science demonstrations. The next thing I had to do was to contact the festival organisers and get their permission to film at their events. Obviously, they had all known David Rennie for many years and once I explained about the film and the very positive message behind it, they granted me permission.

Even though the film was not for TV broadcast, I still borrowed some of the “good practice” ways of working that professional TV companies use. For example when filming at a public event like a festival, the TV producers are obliged to put up posters informing the public that filming is taking place, so that anyone who does not wish to appear can just notify them. It reassures the public that their right to privacy will be respected. 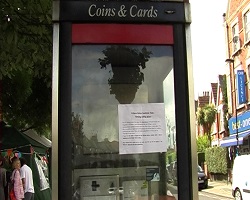 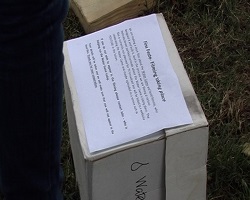 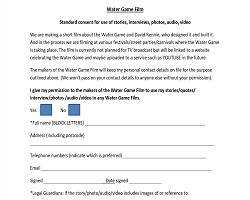 The other useful tip is to use release forms. When filming an interview for TV the producers always ask the contributors to sign a release form in order to use what they have just said in their programme. Again, it’s a good thing to do.

The editing of the film took a long time, even though editing is what I do for a living! I chose to use Adobe Premiere. I can work on four different editing systems, but I get rusty when I don’t work on one for a while. So as part of my CPD I forced myself to use Premiere. There was a lot of material. Three festivals worth, loads of sound wild tracks to listen to and a big long interview to cut down. My tip for anyone editing a similar documentary is take your time splitting and cataloguing your material because later on it will pay dividends. It is rare that you can be too organised. 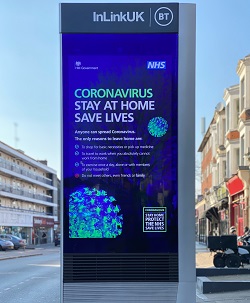 The Covid 19 lockdown helped me get the edit finished.

I tended to do about an hours editing in the morning before going to work. And with Premiere when you open the software it always tells you when you last used it. And I used to beat myself up about it when I realised it was three weeks ago!

The Coronavirus lockdown actually helped me find the time to get the film finished. Even though I was busy editing from home two back to back BBC documentaries, the time saved commuting to work helped me get the Water Game over the line.

So that is the story of how the film was made. David and I are very proud of it and hope you enjoy it.

Free to watch and download, it’s a very positive message, quirky, educational, and fun…and like the Water Game itself - it appeals to all ages!

We would also love to hear from you. So please message us on Youtube, via this website or using the social media links below.